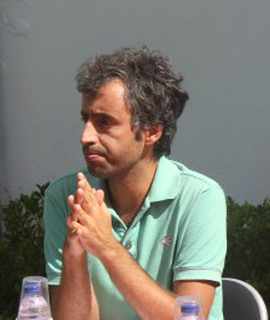 Programmer of various cinema cycles and shows. responsible for the Project Cinema for the Schools, started in 1999, that has been highlighted at a national level has one of the most emblematic on the new public for the cinema and audiovisuals area. Superior education in Social Communication and Audio Communication (Instituto Politécnico de Viseu and Faculdade de Ciências Sociais da Universidade de Salamanca), Post-Graduation in Programming and Cultural Management from Instituto Politécnico do Porto (2003)