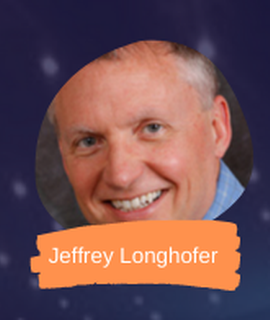 Jeffrey Longhofer (Ph.D., 1986, Anthropology, University of Kansas; MSW, 2002, Smith College School for Social Work) is an associate professor of social work at Rutgers University. He is a clinical social worker and applied anthropologist whose research focuses on health and mental health practice, the cross-cultural study of mental illness, mental health case management, and the roles stigma and shame play in the social and psychological dynamics of practitioner/patient interactions. His work is aimed at understanding the multi-level sites where chronic mental and physical illness intersect to produce biographical disruptions, narrative reconstructions, renegotiated senses of selfhood and positive action aimed at the production of well being. His recent ethnographic research has been in childcare settings and among children with parents suffering from life-threatening illnesses. He has worked on cultural constructions of health and illness and old age among the Mennonites, Old Order Amish, and Hutterian Brethren, and on the organizational culture and patterns of communication among cancer patients, family members, and practitioners. His research has appeared in journals including Psychiatric Services, Culture, Medicine and Psychiatry, Transcultural Psychiatry, Journal of Aging Studies, Qualitative Social Work: Research and Practice, Families, Systems and Health, Social Work and Mental Health, Ethnohistory, and Theory and Society. He is coauthor of a forthcoming book (2010) for Columbia University Press: On Having and Being a Case Manager: A Relational Method for Recovery (with Jerry Floersch and Paul Kubek). His second book, under contract with Oxford University Press, Qualitative Methods for Practice," looks at how qualitative methods can be used most effectively in the study of open practice systems (with Jerry Floersch and Janet Hoy). He has served as the associate editor for the Society for Applied Anthropology journal, Human Organization, and editor of the American Anthropological Association journal, Culture and Agriculture. He serves on the editorial boards of Culture and Agriculture and the International Journal of Psychoanalysis. He is a fellow of the Society for Applied Anthropology and a 2007 graduate of the Cleveland Psychoanalytic Center.